This blog has listed top 5 billion dollar companies which are using AWS cloud. 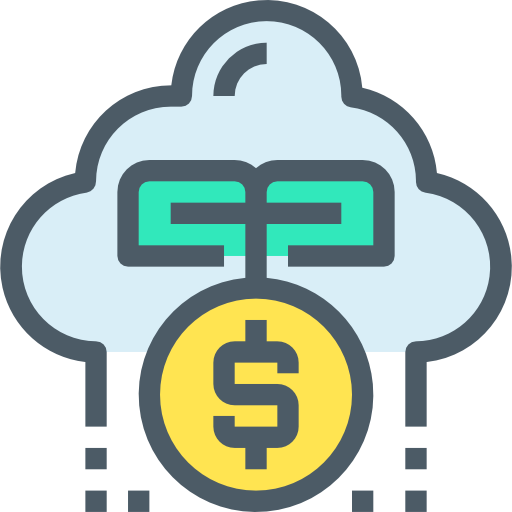 Companies that are worth more than a billion dollars or Unicorns as they call them can easily set up their data centers and have the budget. However, they still prefer to use Amazon AWS for most of their hosting needs because of the benefit amazon AWS provides even their data centers. In this article, I have shortlisted 5 companies that are using Amazon AWS and are worth more than a billion dollars.

Adobe is the leading company for decades comprising over 14,000 employees. They are delivering products in digital media and digital marketing niches. They have a strong partnership with Amazon Web Services and developed a superior product with them. Adobe adopted AWS Cloud because of the richest set of APIs and deep integration of all the automated software. They want to provide an efficient environment to their customers. They used Adobe Creative Cloud with a wide variety of services that are equally helpful in the enterprise and government sectors. They deployed Adobe CQ cloud manager that fully manages all the services of the cloud running on both Redhat and Windows. They used EBS System extensively with Elastic Beam and Cloud Formation. Mitch Nelson (Director, Managed Services) at Adobe, while interviewing in AWS said that   AWS did a great job in helping us do that, and if we have any problem ever, AWS is always there to sync in such situations. Using AWS Cloud, we achieved multiple location support with the multi-terabyte operating environment for our customers.

Slack is the cloud-based team collaboration tool developed in 2013 by a team of Silicon Valley entrepreneurs. It was initially built for a company to work in a team. Now, it is used by all the leading enterprises with an estimate of over a million daily active users. It was only a chat application in 2013. Later, Slack announced the acquisition of ScreenHero, that have additional features of data and file sharing along with screen sharing. That wisely facilitates team collaboration. The Slack founders faced failures in their previous startup ventures. So, they worked with that experience to develop slack. They just needed an extra layer of expertise to run the infrastructure. The prior company named Tiny Speck used AWS in 2009, which became ‘Slack Tech’. At that time, this was the only viable offering for the public cloud. Now, Slack has a very simple IT architecture that is based on AWS services. They are using Amazon Elastic Compute Cloud (EC2), Amazon Simple Storage Service (S3) for file uploads and sharing static assets, and Elastic Load Balancer to balance the load across servers. To protect the network on the cloud and firewall rules with security groups, they are using Amazon Virtual Private Cloud (VPC). For the protection of user credentials and accounts, they are utilizing Amazon Identity and Access Management (IAM) to control user credentials. Along with these services, they are using the Redis data structure server, Apache Solr search tool, the Squid caching proxy, and a MySQL database.

To make it easier for AWS customers to manage their environment, they recently launched a collection of Slack Integration Blueprints for AWS Lambda. Amazon Web Services helps them achieve their goal with ease. Hosting Slack in AWS made their customers more confident that Slack is safe, secure, and always on.

Netflix is the online platform for video streaming with low latency and delay. The main focus of Netflix is to make it available for their customers to watch videos on demand, their interests. Their main goal is to deliver the customers an ease to enjoy whatever they like. They have an estimated 7 billion hours of video streaming and 50 million customers in 60 countries. In 2009, they moved to AWS cloud to incorporate content delivery throughout the globe. They preferred AWS because they wanted to be more focused on updating, saving, and managing instances over the cloud. To do that, they used the model of the dynamic AWS infrastructure of about tons of instances over many geographical areas. Before using the AWS cloud, they were using assembly language or any protocol available for deploying content. Using AWS, they can handle the infrastructure programmatically. Netflix is using dozens of EC2 instances running across 3 AWS regions. There are hundreds of microservices running and serving 1 billion hours of content serving per month. They use Amazon S3 for chopping the video content into 5 seconds parts, package it, and then deploying to the content delivery networks. AWS helps them in achieving setting up a backup for disaster activity (here, Lambda helped them to copy and validate it). AWS cloud helps them in monitoring and creating alerts and triggers it to compensate for changes in situations. They quoted that AWS Lambda helped them to build a rule-based self-managing infrastructure and replace it with the current system.

Coursera is an online educational platform to promote the world’s best curriculum website. They aim to spread knowledge under the kind supervision of the expertise of the relevant fields. They work in partnership with the top schools and universities all over the world. They offer online streaming/lectures as well as video tutorials in any relevant field of study. They have an estimated 13 million users from around 190 countries with over 1000 courses. They are delivering tutorials in collaboration with almost 120 institutions. The main concern of their website is not targeted to one field. It covers courses from Programming to songwriting tutorials. They just wanted to have efficient utilization of resources that are unused due to certain reasons. They used Amazon Elastic Container Services (ECS) to move easily to microservices-based architecture. They are using Amazon EMR, Redshift, Cassandra, Amazon RDS, and many third-party tools to set up their infrastructure on the cloud. Using ECS, each job is produced as a container, and ESC schedules it across the instance cluster of EC2. Amazon ECS also helps them handle all the cluster management. Using AWS Cloud, they achieved the usability of resources, speed and agility in their processes, scalable capacity, and operational efficiencies.